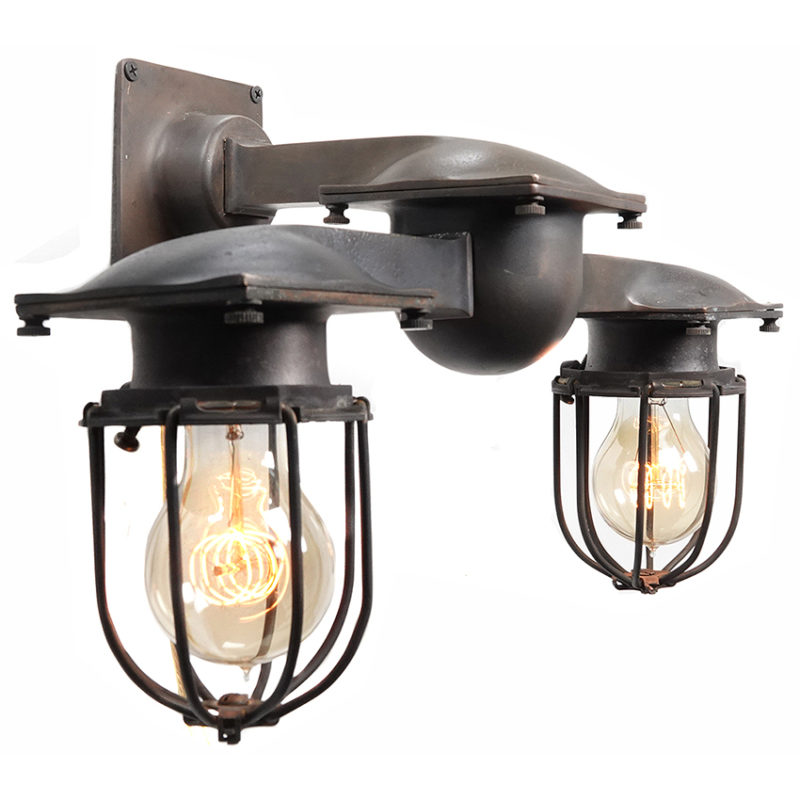 This is an authentic early 20th century cast bronze double New York City subway station wall sconce. They were designed and fabricated specifically for the subway by the Russell & Stoll Company of New York City, Several variations of this fixture were used in New York’s subway stations. This is their double wall mount with the original bulb cages… 18″W x 11″H x 8″D… $750

Due to the ongoing pandemic our showroom hours can vary.
We are usually open Monday through Saturday.
Please call in advance before you visit.