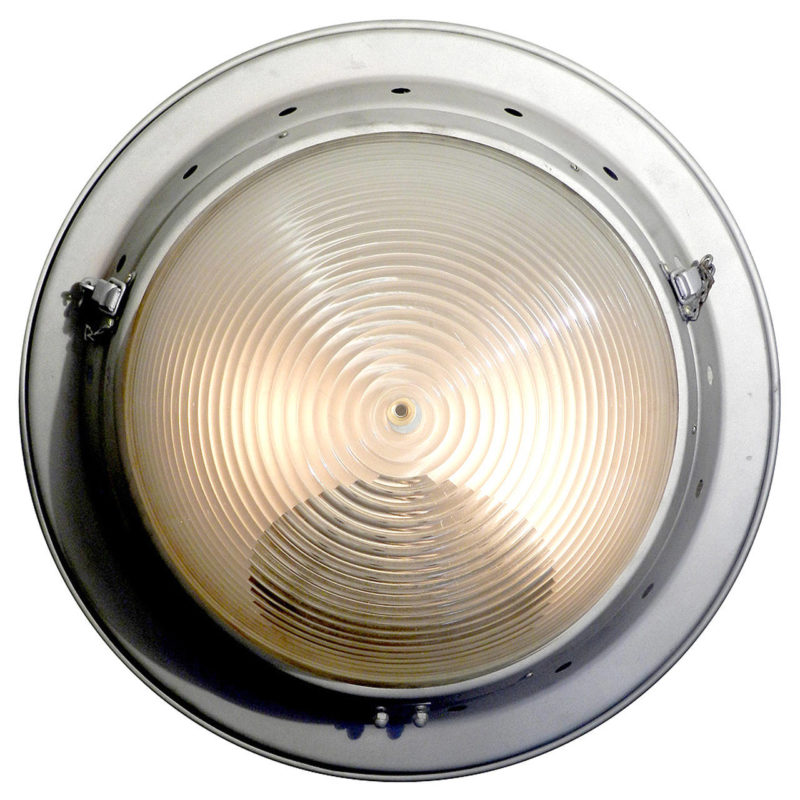 I’m guessing that this lamp it 1930s-1940s. They were salvaged from an old school gymnasium. It’s difficult to judge scale from pictures on this type of lamp, but it’s larger than you may think. With a 20 inch diameter they’re quite impressive. This lamp can be use in two different ways. They are typically seen as ceiling flush mounted lighting. As an oversized sconce they transform into something totally unexpected. I think these look best set at the same height running down a long wall like portholes. The lamps have an interesting added feature. The shade is frosted except for one side that remains clear. That gives the lamp the added ability to be directional. As a sconce the clear section can aim to the floor or on the ceiling it can point to light a wall with art. The lens is a deep half sphere in heavy cast frosted glass with a bee hive type ribbed pattern. Each lamp takes three bulbs. We have a of these in stock. $625 each

Due to the ongoing pandemic our showroom hours can vary.
We are usually open Monday through Saturday.
Please call in advance before you visit.