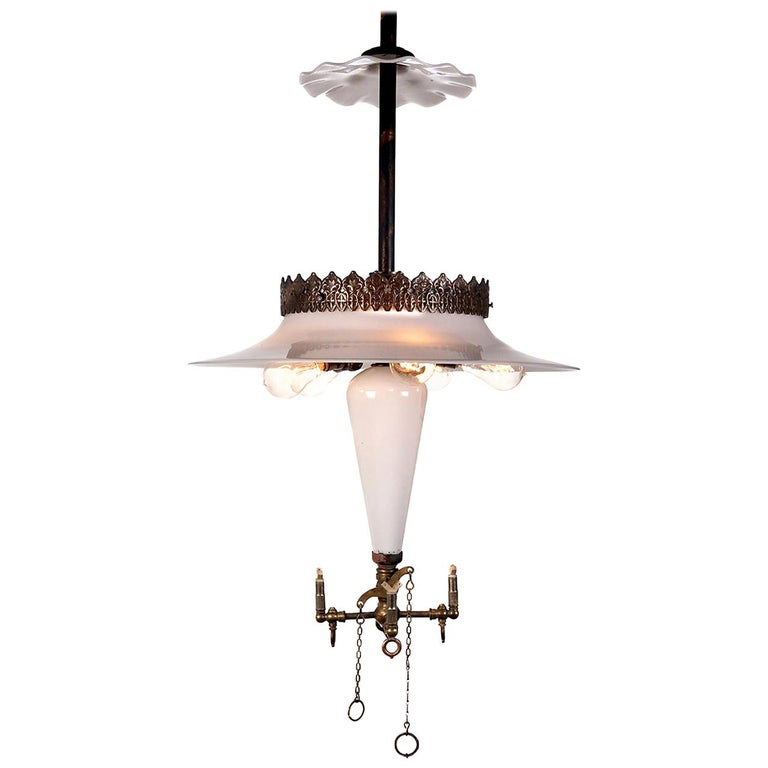 This is a lamp that you would have found hanging in an early Pharmacy. They have great detail including a large 17 inch tented milk glass shade and brass crown. The central milk glass cone reflector is its most unique feature that is found only on Klemm lighting. This example is a Klemm #852 from the turn-of-the-century. This example also has a wavy milk glass smoke deflector. The lamps was originally lit by Acetylene and still retains the gas valve and pull chains. The lamp was newly wired to take 5 candelabra bulbs without sacrificing the integrity of the original gas system. $1,900