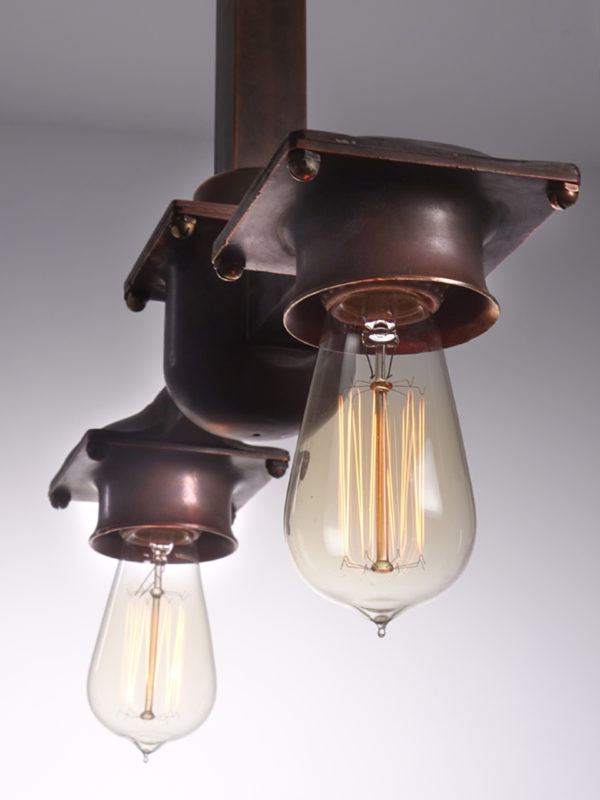 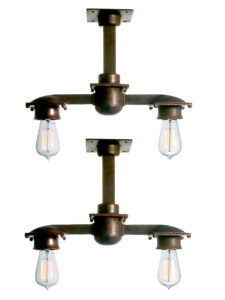 This is an identical pair of authentic early 20th century cast bronze double New York City subway station ceiling fixtures.They were designed and fabricated specifically for the subway by the Russell And Stoll Company. of new york city, ny. several variations of this fixture were used in new york’s subway stations. We have a matching pair. They are priced per fixture so you can buy only one or the pair… $725 each